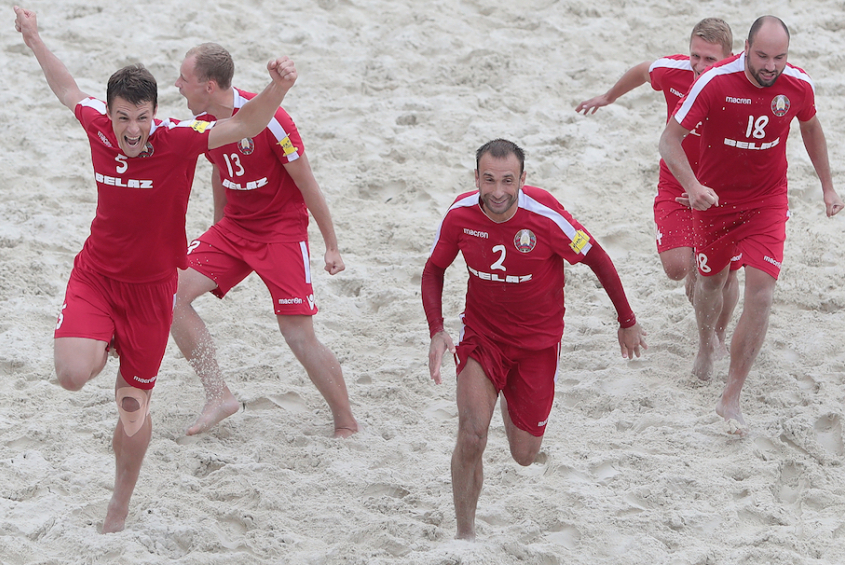 Belarus is making history and going to their first ever World Cup!

Switzerland upset Spain and made the second group unpredictable.

The qualifying tournament is getting close to an end. It means that very soon we will know all participants of 2019 World Cup. The second round of the second group stage was supposed to make chances of all the teams clearer. Let’s say two losses in a row could have basically ruined your World Cup dreams. Two wins in a row would make you as close as possible to Paraguay. Or even make it official under certain circumstances.

Belarus surprised quite a lot of people yesterday when they upset Portugal in the first round. Nico’s team was able to save energy and emotions to the second game as well. Belarus was outperforming Italy in the first part of the game. They took an early lead but Italy got to level the score soon. The second goal from Italy was very controversial. It did seem that Italians made two fouls on Belarus players before Gabriele Gori sent the ball to the net.

Then Italy got a penalty. Simone Marinai widen advantage to two goals – 3:1. It was only a few minutes left to go in the third period. Italy was trying to play Catenaccio – a system based on concentrating on defense. They were almost celebrating victory when Belarus did a crazy comeback and sent the game to extra time!

Belarus won on penalties and created another miracle at this tournament. And again it was not a victory based on lucky turn of events. Belarus deserved this win because they played better. Just like yesterday against Portugal. And as it turned out later after the next game, Belarus can officially book tickets to their first World Cup ever. Fantastic achievement by the team!

Both Poland and Portugal lost their first matches in the second group stage. So they needed to win, obviously. Otherwise, they would have to do maths and hope for some lucky outcomes. It was a fun game to watch in the first period – 3:3. Poland was clinical on the free kicks. All three goals by the Polish players were scored after set-pieces.

It’s hard to explain what happened to the Polish team in the second period. It was a real disaster. Portugal scored 5 goals in 7 minutes and basically got the victory at that moment of the game. Ironically, they scored some of the goals from the free kicks. Poland lost chances to qualify to the World Cup. Their game vs Belarus will not change anything. Portugal and Italy will fight for the second ticket to Paraguay.

Russia scored 6 unanswered goals against Azerbaijan and was ready to celebrate qualifying to the World Cup. Mikhail Likhachev’s team needed Spain to get a win over Switzerland. Spain seemed to be a favorite of the game but clearly something went wrong for them today.

At some point of the game Switzerland was up 5 goals – 8:3! Spanish players did everything possible to come back and they were pretty close. But the Swiss kept the winning score and left this group open. Tomorrow we will see a great fight for the World Cup tickets.