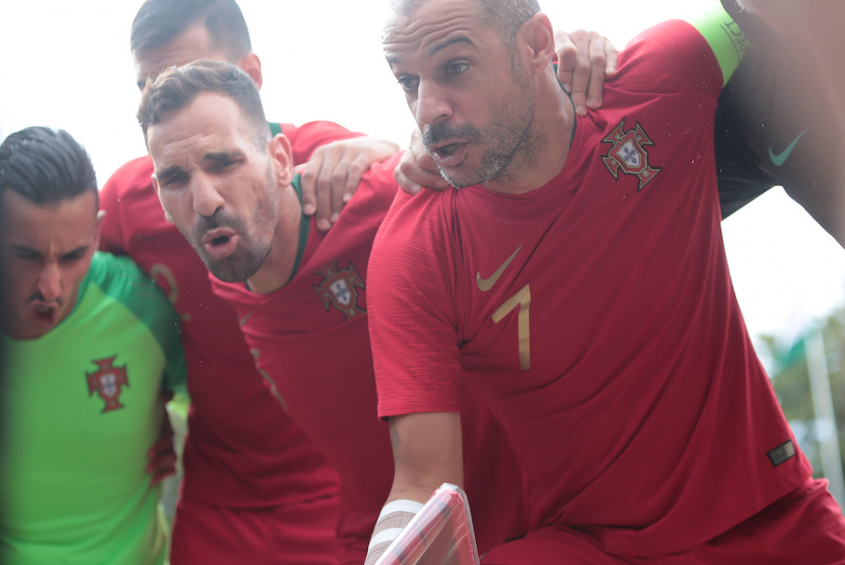 Tears and joy. Spain and Portugal played the best game of the tournament

The most dramatic episode of the tournament left Spain without the World Cup.

Last day of a big tournament is usually the most important one. But the format of the European World Cup qualification in Moscow made it different. Only one game out of four really made a lot of sense. The other three were more about prestige and ranking. Which is also important by no means.

The day started with the game between two teams that did not qualify to the World Cup. Poland and Azerbaijan scored 16 goals all together. Too bad for Azerbaijan that they scored only three of them. Poland net 13 goals vs their rival and can leave Russia in a relatively good mood.

The third place game between Switzerland and Belarus also was not very close. Both teams already qualified to Paraguay-2019, so they could play a lot more relaxed than before. Apparently the Swiss players were too relaxed and conceded 6 goals from their opponent. Belarus won bronze medals in Moscow and it seems that the world beach soccer got a new top team.

Best game of the day

Sorry Russia, sorry Italy. But Spain and Portugal put on the best show today. And may be in the whole tournament. The stakes were extremely high this evening at Luzhniki stadium. Technically they fought for the fifth place but in reality it was a battle for the World Cup. The last ticket to Paraguay was put on a map here.

Spain a two-goal lead in the first period. Portugal got one goal back, but Spain net another one in the second period - 3:1. Then the fans saw a lot of drama. It was like a roller coaster. Portugal turned things around and levelled the game - 3:3. Both teams scored one goal each before the end of the third period. Portugal's legend Madjer had a great chance to score before the final whistle but did not succeed.

The game went to overtime. Edu scored a beautiful goal for Spain from centre field. But Portugal found some inner power to come back for the third time in this game. Everything was decided on penalties where Portuguese goalkeeper Andrade became the main hero. He saved two penalties and made his country happy.

It was s big shock for Spain. This team was a favourite of the whole tournament. Nobody could have imagined Spanish players will be left off the World Cup after this qualification. Life goes on and they have to regroup and come back stronger.

Luzhniki stadium was full for the second day in a row. And Russia could not let the home crowd down in the final match against Italy. Mikhail Likhachev's team is in fantastic shape at this tournament. Russians destroy every opponent. They were on another level in Moscow. No wonder Italy could not fight back tonight. Russians were in absolute control and deserved gold medals at home.