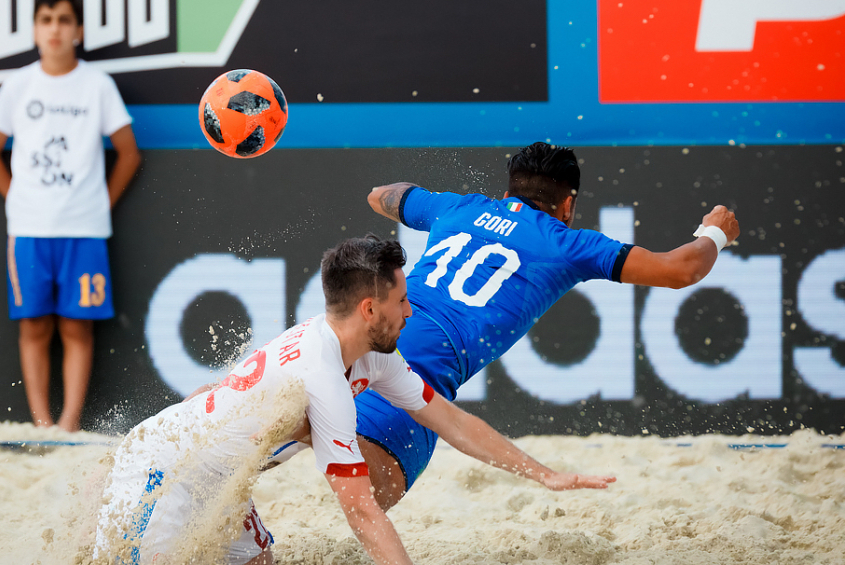 No Poland, no drama. This team knows how to heat things up in Moscow

Mistakes by the goalies, come backs, first MVP candidates – the second day of European qualifier had it all.

The second day of the World Cup qualifier in Moscow brought no less emotions than the opening day. The weather improved (well, at least during the first part of the day) which attracted even more spectators to the stands. And they were not disappointed for sure.

The word “drama” seems to be a new synonym to the name of one particular country. For the second day in a row Poland is in the middle of something very exciting. I bet the coach and the fans from Poland were watching these games with a pack of anti-stress pills.

Yesterday Poland conceded a goal from Czech Republic with only four seconds left on the clock. It was a tie. But then they managed to get a last second winner! Today against Kazakhstan it was a little bit less dramatic. For team Kazakhstan the match was a déjà vu.

You must remember the famous movie the Groundhog Day, where Bill Murray’s character had to live the same day all over again. Yesterday Kazakhstan was leading 2:1 against France by the 20thminute, but lost the game. Today Kazakhstan was leading 2:1 against Poland by the 20thminute, but lost the game. Anyways, their World Cup dream is still alive. All they need to do is to beat Czech Republic in the last game of the group stage.

Yesterday Russian goalkeeper Maksim Chuzhkov showed how to score from the opposite side of the field. His shot was perfect. But sometimes goalies make clumsy mistakes. In the first game of the day Turkish goalie Mehmet Asllamaci was trying to make a simple pass to his teammate, but instead of that he shot straight to Oleg Gapon’s head and the ball bounced onto Turkey’s net.

A bit later Moldova was trying to fight France and played a very descent first period. When the score was 3:1 in favor of France in the middle of the game Moldova’s goalkeeper Alexei Capsamun did something he would regret later.

He tried either to make a pass or dribble the opponent, but lost the ball. French striker Martin Wallon took this present and went with the ball into the empty net. Capsamun partly redeemed his fault and scored a goal in the third period. But it did not help Moldova – France won with a score of 6:2.

There are two players in beach soccer who seem to play the game forever – Dejan Stankovic from Switzerland and Madjer from Portugal. The living legend Madjer is 42 years old, he has two World Cup wins in his record book. What else do you need to live happy and enjoy retirement?

Madjer still feels that he can play at the highest level and proves it at every competition. The Portuguese superstar scored 4 goals in two games and helped his team to destroy Norway and Moldova.

Stankovic is only 34 but it really feels that he has been around for at least 20 years in sport. He scored two goals and made two assists in his first game in Moscow today. The veterans of beach soccer are still alright!

Gabriele Gori from Italy impresses the most so far in the European qualification to the World Cup. Yesterday he was the one who inspired Italy to turn things over against Kazakhstan. Gori scored twice and helped the team to get a tough victory.

Today he scored four goals against Czech Republic. And it is not only statistics that gives you an opinion that Gori is a true star. He is everywhere, most of his touches make sense. If Gabriele keeps this pace, he might be the MVP of this tournament in Moscow.