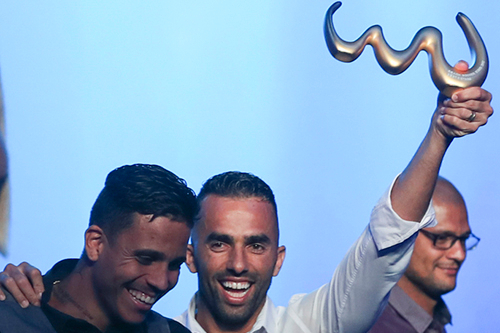 Another proof that the Russian Superleague is the strongest in the world. But some questions still remain ...

The leader of Spanish national team Llorenz Gomez was named the best player in the world according to BSWW in Fall of 2018. And in early 2019 we found out that the biggest star of modern beach soccer will spend most of the season in Russia. He will play for Lokomotiv Moscow. Let’s imagine a similar example from the big football. For example, Croatian international Luka Modric in the next season will choose to play in the Russian Premier League. How will you react?

But enough is enough. In big football this is not possible now, because Russian Premier League is not in top-5 in Europe no matter how hard we try. But Russian beach soccer does not even need rankings. Our Superleague is certainly number one.

From Russia with love!

One can always argue who is the best in the world. A type of football, a sport or a type of activity in general is not important. It is a rare occasion when all experts in a particular area can be sure that there is only one option. More often you need to launch some kind of a voting process to get objective results. As an instrument we will take the BSWW award, which is awarded on the basis of a vote of experts from all around the world. Yes, the results of this award are debatable. But so are the results of FIFA Ballon d’Or in big football.

If you have been closely watching beach soccer all these years, then it will be easy for you to remember that everybody except for Madzher developed into the best players in the world in Russian Superleague. Nowadays, Bruno Xavier is the leader of the Brazilian national team, and in 2011 he was not even included in the World Cup roster. Only after he showcased himself in Strogino and Kristall Brazilian coaches noticed him and called him up to the team.

If Mauricinho did not travel to Volgograd in 2013, he probably would not be on the list of the best players. Or maybe he would even retire from soccer, who knows. But he agreed to an offer from Russia and established his reputation in the Super League. By the way, the coach of the Brazilian national team became successful also after working in the city on the bank of the Volga river.

The development of Llorenz Gomez was not held in Russia - he came to us already as a leader of the national team, vice-champion of the world and a notable hero of the world of beach soccer. However, playing for Kristall and CSKA he got a lot of experience, which made him a bright star.

In relation to all three players, it is important to mention one fact. In their best season all of them successfully played for the Russian clubs. Bruno Xavier became vice-champion and the winner of the Euro Cup in 2014 with Kristall, Mauricinho won Russian championship with Lokomotiv in 2017, and Llorenz became fourth with CSKA which is a great result for the army team.

In big football big stars do not stay in Russian Premier League. Russian teams do not entirely focus on selling players like Portuguese or Dutch clubs, but if someone develops as a player in Russia and there is an opportunity to get some profit, Russian clubs will make a deal.

Russian Beach soccer works in a different manner. Big stars try not to leave this place. Everything suits them both from a financial point of view and from a professional one. Salaries level of competition, training facilities, medicine –  they are pleased with that for the most part.

You can take a risk and assume that Llorenz Gomez in Lokomotiv will also look very good and will help the team to get a few new titles. Why not?

Anyways, it is encouraging that one of the best players in the world considers Russia as his second home and gladly agrees to play for the local fans.

However, two questions still remain unanswered. The first one is how to convert the highest level of Russian championship into a big popularity among the audience. And the second one is when will Russian beach soccer produce a best player that hold Russian citizenship?