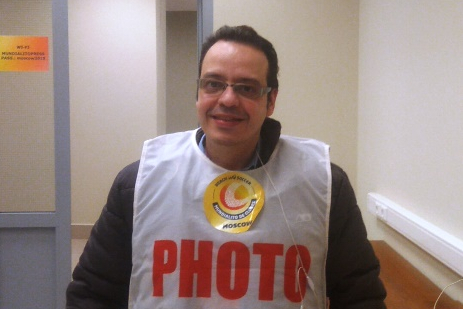 “Everyone has a chance to succeed in beach soccer. Russia has proven it.”

BSRussia talked to Brazilian journalist who covered club Mundialito-2019 in the capital of Russia.

- Marcelo, tell us how long have you been living in Russia and how did you get here?
- I came to your country in October when I received a job offer as an English teacher. I gladly agreed, because I admire the history of the Soviet Union and its rich culture. I had a great chance to get to know your country better. I believe that the World Cup in Russia has destroyed the old stereotypes that all Russians are too serious and unfriendly. This is absolutely not the case, which I managed to verify myself. For several months in Moscow I had many wonderful friends and acquaintances.

- How was your first Russian winter?
- When the option of working in Moscow appeared, I joked that I had been preparing for the move to Russia for a long time, because for some time I lived in of the the coldest cities in Brazil - Coritiba (smiles). In fact, I had to live in Texas for work, and at times it was -15 degrees Celsius, so the frosty weather would not frighten me.

- You told us that you had wonderful expectations from our country. How much did reality coincide with your expectations from life in Russia?
- I thank God for the fantastic opportunity to live in such a great city as Moscow. Your capital is simply amazing. There is a huge number of attractions and historical monuments. I was in different cities and countries, so I have something to compare with. Public transport system is just perfectly organized In Moscow. Despite long distances, you can easily get to anywhere in the city. Everything is very convenient and clear. I also want to mention the unique sense of security and amazing cleanliness on the streets. It seems to me that people in Moscow should be proud that they live in such a clean, safe, comfortable and modern city with a rich historical heritage. 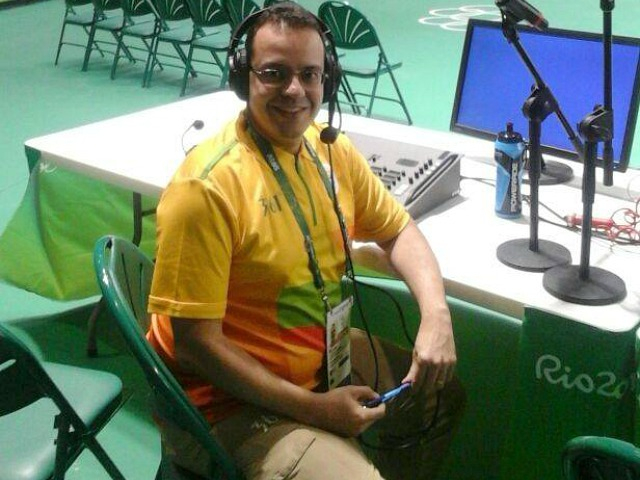 - Do you work at the club Mundialito for some kind of publication?
- No, as a freelancer. I was very happy when I learned that a major beach soccer tournament would take place in Moscow, especially with the participation of the Brazilian team. It is always nice to talk with your countrymen. Here I met Brazilian players and coaches living in Brazil, Portugal and Italy. I managed to record several video interviews that I posted on social networks. I have many friends and acquaintances associated with sports, and they followed the tournament with great interest. I want to mention a very warm and friendly atmosphere on beach soccer. There is a unique access to all players, they are ready to communicate and are very open.

- How big is the interest of the Brazilian media to this tournament?
- You probably know that usually club Mundialito takes place in Brazil. This year the tournament was held in Moscow for the first time. I do not know the reasons, but I see with my own eyes that this is a very good step. Brazilian players did enthusiastic reviews about this huge arena, infrastructure and organization level. And everyone notes the excellent quality of sand, which is very surprising, since there are no beaches in Moscow (smiles). As for the coverage of the tournament in the media, I saw the news about the transfer of the tournament from Brazil to Moscow, as well as about the participation of Flamengo. A famous carnival is now taking place in Brazil, so the attention of people and the media is mainly concentrated around it, and not around any sporting events. But I am sure that the success of Flamengo will not be ignored.

- How is beach soccer covered in Brazilian press in general?
- In Rio de Janeiro and many other cities there are a lot of beaches where children and adults constantly playing football. Therefore, in Brazil there are many fans who follow high level beach soccer and are really interested in what is happening. Another thing is that the media could actively talk about this sport, where Brazil is very successful. We do not have specialized sites about beach soccer as you do in Russia. I do not know Russian, but I was impressed with the abundance of information on BSRussia. So many articles, photos, videos. I can say that the players from your country are lucky to have such detailed and professional coverage of their work.

- Can you remember what was the reaction in Brazil, when the Russian team beat your team several times and became world champs?
- National football and beach soccer teams are a matter of state pride. Of course, it was perceived with sadness and frustration. Perhaps when we lost for the first time, it was more considered an accident and a sensation. But then, when it happened again, it was time to think about what could be the reason. Many Brazilian football players decided to develop, they went to play in the Russian league. We have a very good coach who was able to return the national team to the leading position.

- Has it been strange for Brazilian fans that cold Russia has become the best beach soccer team in the world?
- Yes, I understand what you mean. Some people still think that there are only bears and vodka in Russia (laughs). I think beach soccer is a very democratic sport where every team has a chance to achieve great results. The example of the Russian national team only confirms this. In my opinion, this sport has great prospects, including the Olympic ones. You just need to acquaint as many people as possible with beach soccer. I hope I will also make my modest contribution to our common cause.