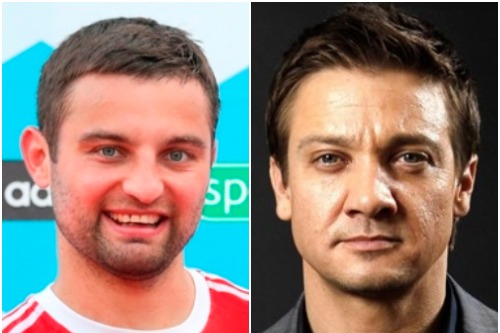 Is it really you? 9 actors that could play beach soccer stars in movies

A film about Russian national team could be a bestseller. It is no other way when Jean Reno and Konstantin Khabensky will fight for the leading part.

On January 22 in Los Angeles will be announced applicants for the most prestigious award in the world of cinema - "Oscars- 2019". In the film industry, in contrast to beach soccer, Russia is still far from the leaders, but in recent years there has been a significant progress. It is interesting that our filmmakers have used the topic of sports victories a lot lately - the pictures "Move up", "Legend No. 17" and "The Coach" are on top it terms of the revenue. They are also planning to make a film about the bright triumph of Russian volleyball players at the London Olympics. Looks like very soon movie industry will turn their eyes to beach soccer. Here you don’t even need to create anything – the story of team Russia’s performance at the 2011 World Cup in Ravenna will speak for itself. Just go and film it.

It’s a great idea, isn’t it? But BSRussia went even further and decided to choose which movie stars could be in a film about beach soccer. Of course, we were not trying to find someone looking 100 percent the same as Brad Pitt, for example. The main thing was to choose the right type and leave the rest to the magic of the movie creators.

The former captain of the Russian national team who is now the national team coach Ilya Leonov can be presented by the most famous German actor of modern time - Til Schweiger. They both have a characteristic dimple on the chin and also a sly look. It seems that Till will gladly agree to play the role of Leonov, since the film about German beach soccer is unlikely to ever be made anyways.

This case is pretty obvious too. Rivals are scared of Anton Shkarin no less than the enemies of Jason Statham in his movies. By the way, Jason was also a prominent athlete – he was a member of the UK national team in diving.

For the role of Alexey Makarov we invite the star of the heroic saga about "The Avengers" Jeremy Renner. Makarov also often has to act as a superhero and save the Russian team.

Of course, the charismatic Frenchman is already too old for the role of a sharp striker, but what can't be done really for the unique opportunity to thunder in a blockbuster and be a part of something outstanding.

By the way, if the previous option fails, you can ask Konstantin Khabensky for help. Not so long ago, Brad Pitt removed all the episodes with the participation of Khabensky from the movie "War of the Worlds Z". In the movie about beach soccer it will never happen because it is simply impossible to cut off Shishin from the Russian team!

Of course, no film about beach soccer is possible without the character of Mikhail Likhachev. We think it would be awesome if this role was played be the great British actor David Tennant. May be he is not so well known outside of UK, but David’s talent will speak for himself. It is ironic that one of the best projects of Tennant is the TV series called "Murder on the Beach". Mikhail Likhachev also has some knowledge of how to “kill” on the beach.

In order to make the film really intriguing and exciting, you need to cast your opponents in the right way. Let's try to imaging Nikita Mikhalkov himself in the image of the honorable Mario Narsizo.

Looks like it will be an interesting movie! Well, where else Nikita Mikhalkov can meet on the set with the American comedian Owen Wilson ?! Owen will look very organic in the role of artistic goalkeeper Elinton Andrade!

Perhaps the Italian player Simone Marina in the world of beach soccer is not such a bright star as Jake Gyllenhaal is in Hollywood, but the striking similarity of an athlete and actor simply can not be ignored.