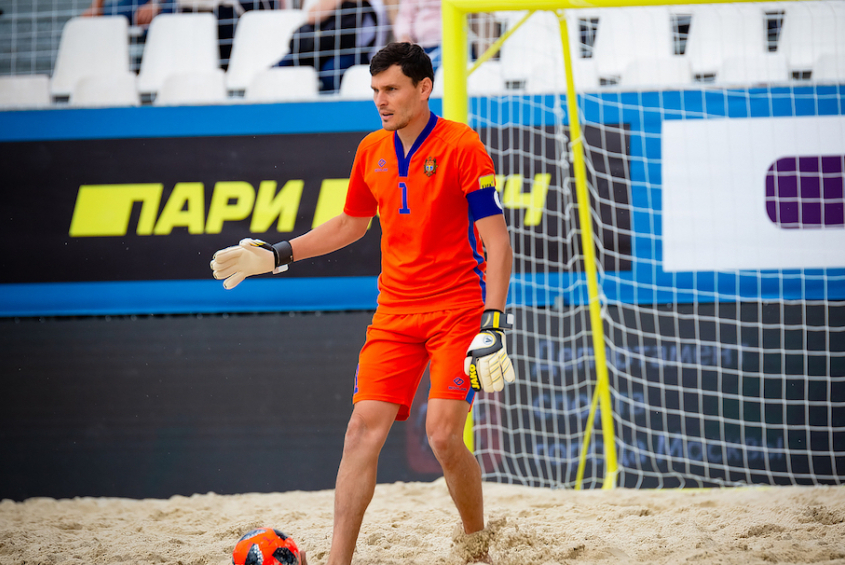 Goalkeeper or striker? The world of beach soccer got their own Jose Luis Chilavert

Moldavian goalie became a hero of the fourth day. But there was a lot more to follow in Moscow on July 22.

Weather forecast gave us hope that it is going to be sunny on Monday, July 22in Moscow where European World Cup qualification continues. It was supposed to be nice and clear. And it was for a little bit in the morning, but then there were clouds, first rain drops…

Of course, there were fewer people on the stands in Luzhniki. And it was not only because of the weather. It is a start of a business week in Russian capital. So only very little amount of people could find time to visit the venue. Also it was a rest day for team Russia, which is another reason why the stands were almost empty today.

But the drama did not go anywhere. Moreover, it was probably the most intriguing day in terms of results.

MVP of the day easily goes to the goalkeeper from Moldova Alexei Capsamun. His team was playing Norway. Whoever won this game would go to Round 16 of the tournament which would be a great achievement already.

The game was very close as expected. Capsamun gave Moldova a lead in the first period, but Norway equalized in the second one. Moldavian goalie came up big in extra time with another great shot that gave his team a victory. That’s already his third goal of the tournament.

Maksim Chuzhkov from Russia has got a competitor. Capsamun is going to get the status of “Jose Luis Chilavert of beach soccer”.

Lithuanian team with their new head coach Sahib Mammadov surprised a lot of people when almost beat Belarus. They missed all four penalties in that game – two in regular time and two in post-match shots. We will come back to relationships between Lithuania and penalties a little bit later.

Despite two losses in first two games, both Lithuania and Turkey had chances to qualify to the next round. Before the tournament people would surely call Turkey a favorite of this game. But after Lithuanian’s performance vs Belarus, the stakes were more even.

The first period was scoreless. At the very end of the second one Lithuania took the lead. They also scored once in the third period and got one of the most important victories in their history. Turkey still had a chance to qualify, but they needed to wait and see what happens later.

We already told you that Lithuania missed all four penalties in a game against Belarus. You will be laughing but they missed another one today. And it was the same player again! Aivaras Meskinis missed both penalties in regular time vs Belarus and could score against Turkey. Lithuania was lucky that it did not affect the overall result, but they definitely need to work on that element more.

Well, first of all Kazakhstan had to save themselves. They had a super tough battle against Czech Republic. There were lots of tackles, fouls, numerous injuries. One of the Czech players could not leave sand on his own. The stakes were high and everybody knew it.

It was a tie game with only a few minutes left on the clock. Technically this result could suit both Kazakhstan and Czech Republic. Let’s say the main time ends in a draw and then the Czechs win in extra time or in penalty shots. Czech Republic finishes third in the group, and Kazakhstan goes to the next round as the best fourth team based on a goal difference advantage.

But Kazakhstan decided not to do any mathematics and scored a winning goal with only one minute left to go in the third period. That meant happiness to the Turkish team who stayed ahead of the Czechs. I believe Turkish players own a few beers to team Kazakhstan after the tournament.

You can win all games but still finish second

It sounds crazy but it’s true. Team Belarus won all three matches in the first group stage including today’s game against Switzerland, but finished behind the Swiss. It happened because Belarus got two wins in penalty shootouts which gives you only one point in beach soccer. Switzerland got two 3-point victories and managed to qualify to the next round from the first place. That will give the Swiss an easier competitor in Round 16. Well, at least on the paper.