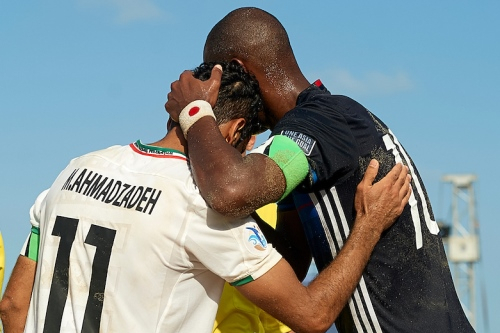 Three more participants of 2019 World Cup will be determined in Thailand. Iran or Japan may well be left out, whilst a newcomer from former USSR will

The upcoming tournament will be full of historical events and cool intrigues. Let's try to understand why it is important and interesting to follow the Asian Championship.

The ninth Asian Beach Soccer Championship will be unusual in many ways. First, the tournament will be hosted by Thailand for the first time. From 2006 to 2009 the competitions were held in Dubai. In And now Pattaya, known to the whole world by flying parties and impetuous fun, has received the right to take the continental championship.

Beach soccer is not something for people of Thailand. Huge commercial tournaments have been held with huge numbers of participants for several years now. People from ex USSR have been involved in the process. Many European teams of the second echelon enjoy wintering in hot Thailand, and play beach soccer at the same time. Another thing is that the level of play in such tournaments is often far from what we are used to seeing in major competitions. 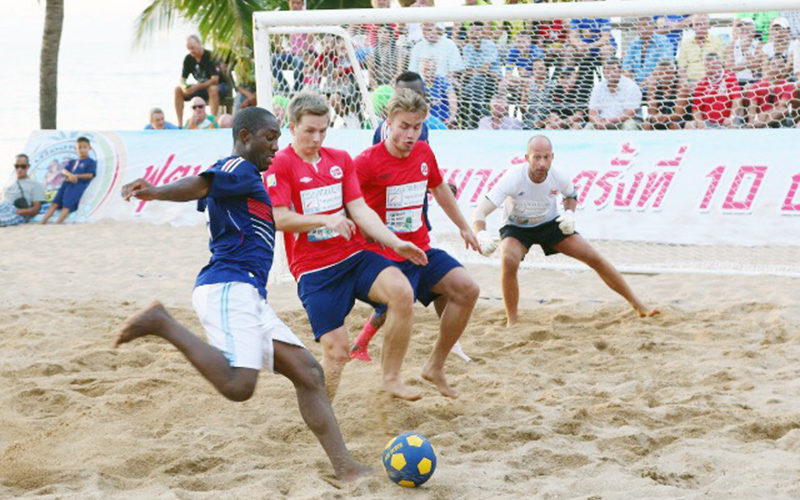 Another touch to the portrait of the upcoming tournament will be a record number of participants. 15 teams arrived in Thailand. For comparison, in the first three draws of the tournament only six teams fought for the trophy, in 2009 there were already seven teams, and in 2011 there was a real breakthrough when 11 teams fought for awards in Oman. The historical maximum was reached during the World Cup qualifier in Tahiti, when teams from 16 Asian countries gathered in Doha. In 2015, there were two less participants, and in 2017 their number dropped to 13. Japan, Iran and China did not miss a single tournament.

In 2019 the organizers did not manage to assemble a full-fledged squad for 16 teams - one team was missing. So there will be three quartets and one trio in the group stage. At the same time two teams from each group will go to the quarterfinals. Since Asia delegates three teams to the World Cup, the key will not even be the final, but the match for bronze, because its winner will not only rise to the continental podium, but will also get a chance to compete for the world one. 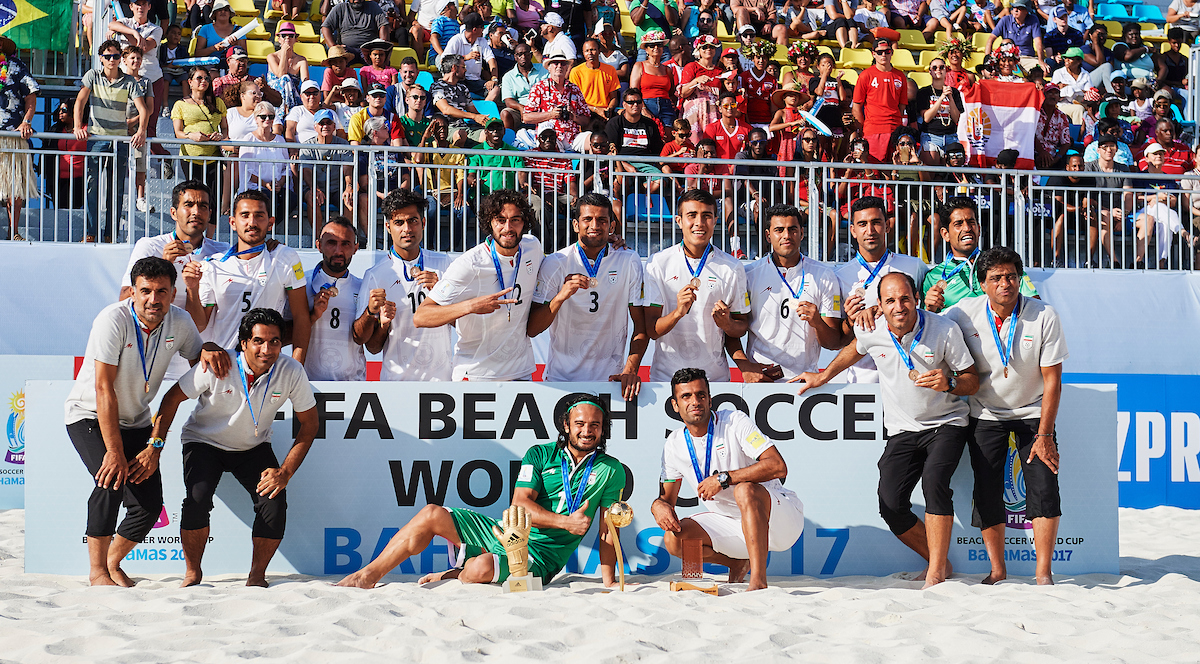 14 out of 15 participants in the 2018 Asian Championships have already played in this tournament at least once. The only full-fledged debutant will be the national team of Kyrgyzstan. The first mention of the existence of beach soccer in this former Soviet republic dates back to the fall of 2018. Then, in the village of Boz-Beshik of the Issyk-Kul region, seven teams took part in the first Cup of the country. In the final, the team of the Jeti-Oguz district of the Issyk-Kul region defeated the Bishkek team with a score of 7:2. Probably, this tournament became the main one in the selection of candidates for the national team. The national team of Kyrgyzstan conducted a good preparation, having passed two training sessions at home, and then having trained in Pattaya.

Speaking objectively, it will be difficult for Kyrgyz players to get to the next stage in the same group with the teams of the United Arab Emirates, Lebanon and China, but in any case we would like to wish them a good debut so that the enthusiasm of local activists does not dry out. 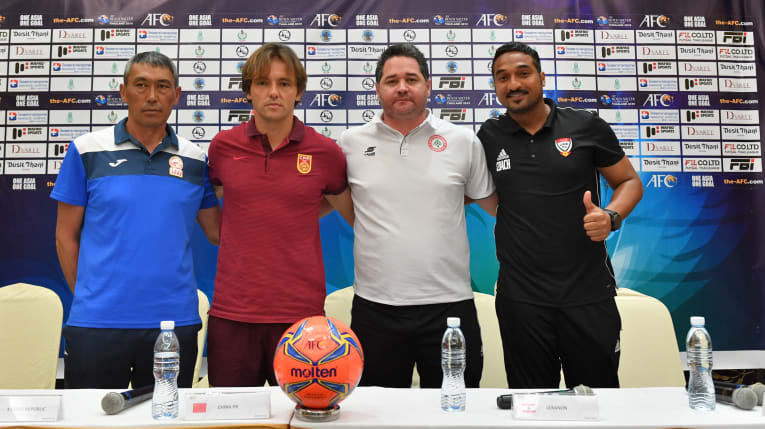 Reason number 4. There is a favorite, but the struggle remains

Of course, the main contender for gold will be the current champion from Iran. The team of Marco Octavio after winning the Asian Championship in Malaysia went to the Bahamas, where won the medal of World Cup for the first time in history. There is no doubt that the Iranians will also be selected for the World Cup in Paraguay, where they will be one of the favorites. The main rivals of Iranians on the continent are the teams of Japan and the United Arab Emirates. And recently Japan looks better. This trio has great chances to go to South America, however there are other applicants and pitfalls. The once best Asian team in Oman is once again raising its head. In general, group D seems to be the most exciting, because there are only three teams and all of them would probably go to the next if they were in other groups. We are talking about Iran, Oman and Iraq, who were great in friendly matches.

Five participants of the upcoming Asian Championship have a unique chance to test themselves against one of the best clubs in the world. The thing is that Kristall chose Pattaya for the preseason. Team of Angelo Shirintsi held five friendiles, scoring three wins. It was easiest for Russians to play against the Chinese, but the rest of the gamess turned out to be tough. Kristall beat teams of Thailand and Japan with a minimal advantage, but lost to Oman in penaltiy shootout. Kristall also lost to UAE team with a score of 1:2. 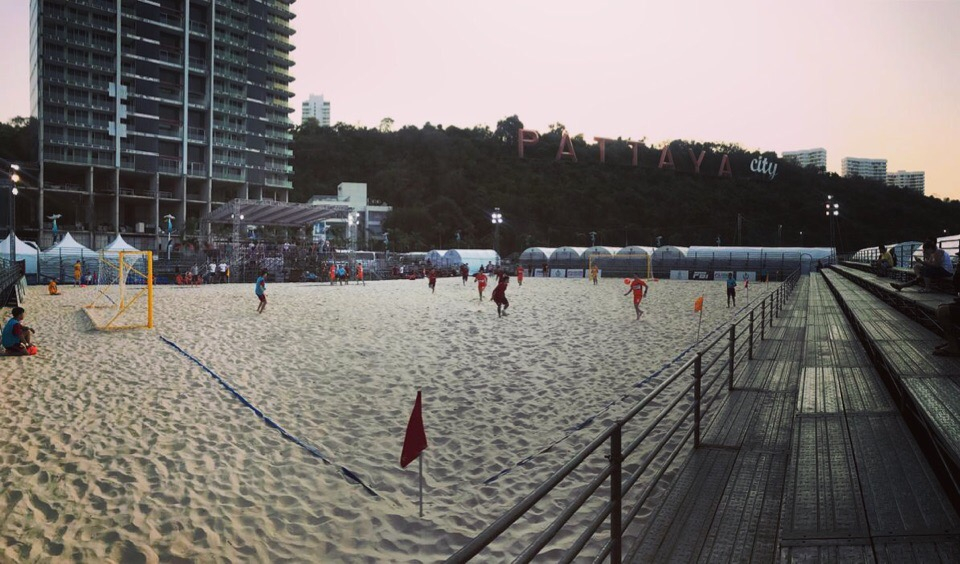