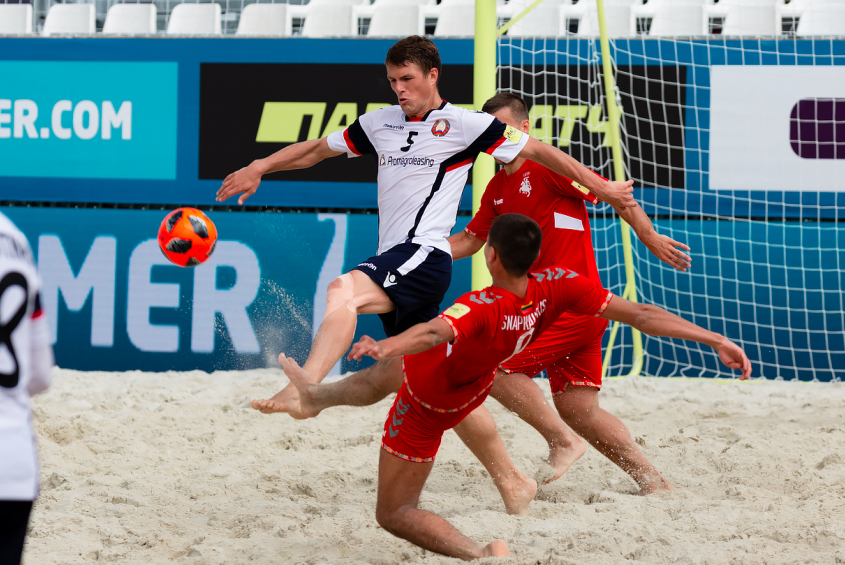 Belarus and Lithuania were the first two teams to step on the sand in the capital of Russia. Belarus scored two quick goals within the first two minutes. Their opponent had two perfect chances to score from the penalty, but missed both shots.

In the third period Belarus scored another goal making it 3:0. But Lithuania managed to level the game in the last few minutes. The game was decided on penalties. Belarus was better and got one point. They are on to the round 16.

Lithuania will play Turkey next, Belarus will face Switzerland.