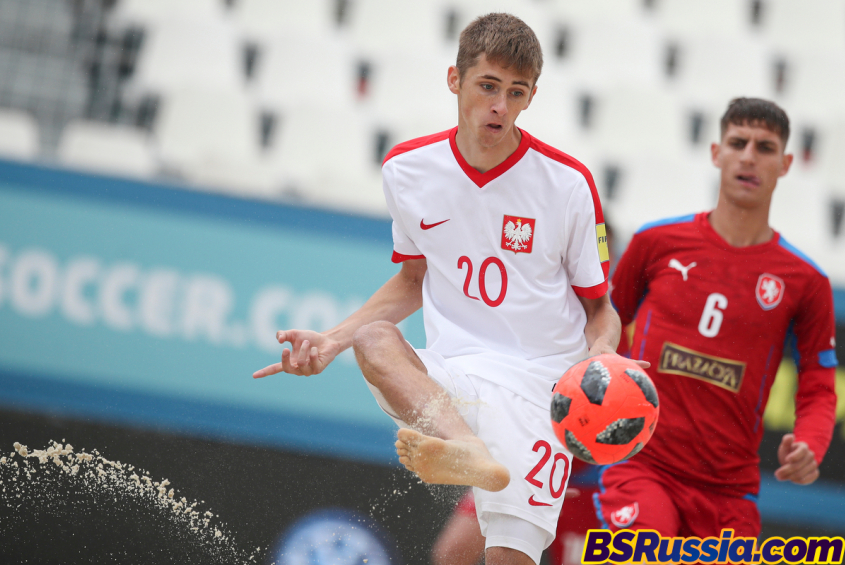 Qualifying tournament for 2019 World Cup started today at Luzhniki Stadium in Moscow. On Friday, July 19, the first matches of the group stage are taking place.

In the first game of the day teams from Poland and the Czech Republic faced each other on the sand. Poland led 2-0 after goals from Madani and Klepcharek. The Czechs, however, were able to come back. Daniel Walesch scored their second goal four seconds before the final whistle. But Poland managed to get the win when Jakub Esinowski stole the victory for the team with his strike from the centre field - 3:2.

The second match of the day was less dramatic. France scored twice in the beginning, but Norway quickly leveled the game - 2:2. But then n the remaining time only the French were scoring. Jeremy Bru did it twice, and France won - 5:2.