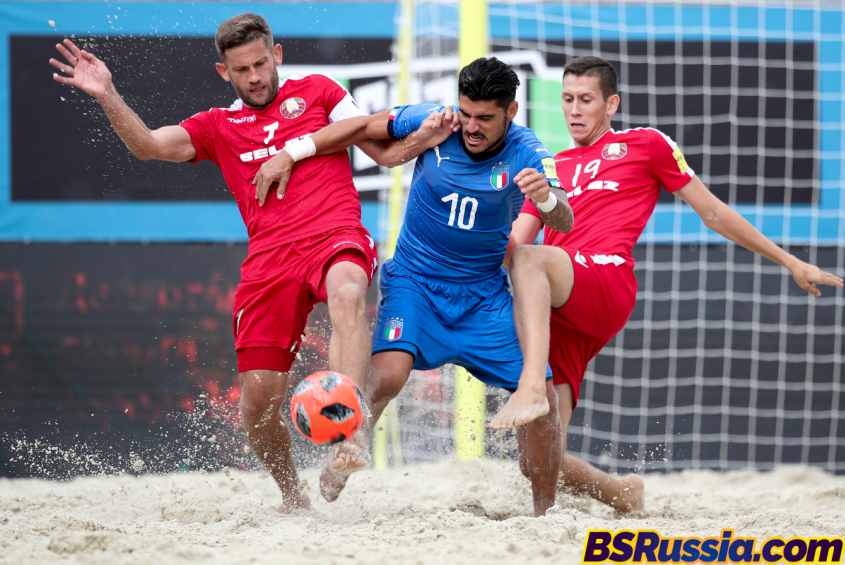 Belarus beat Italy on penalties in the World Cup qualification

The second round of group stages of European World Cup qualification tournament continues in Moscow. In the first game of the day Belarus got an important victory on penalties over Italy - 3:3 (3:2 pen.).

Belarus took an early lead but then conceded three goals in row. The score remained the same until the last minutes of the third period when Belarus found extra power and came back. The third goal was scored with only two seconds left on the clock. Belarus then got a win on penalties.

Italy will play Portugal tomorrow, Belarus will face Poland in the last round of the second group stage.