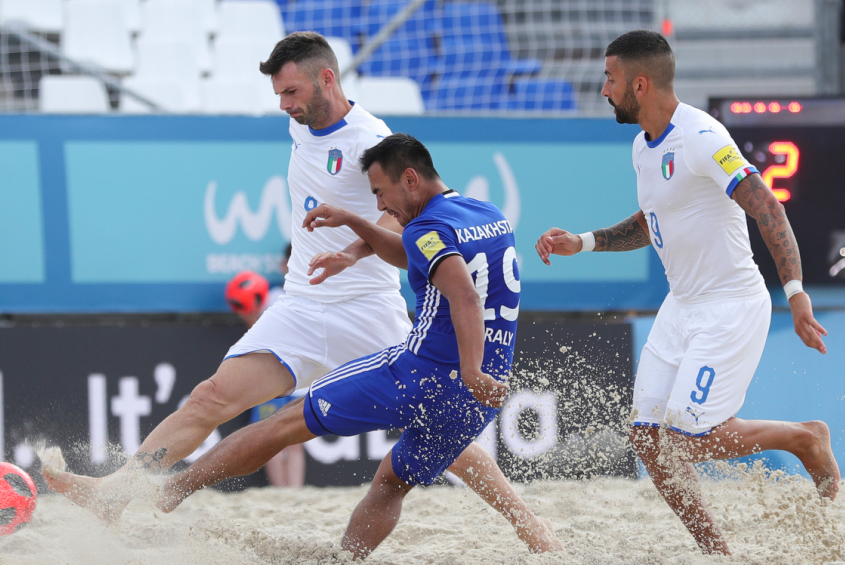 Italy got a difficult win over Kazakhstan, Portugal scored 13 goals vs Moldova

July 19, the first matches of the group stage are taking place.

In the fifth game of the day Kazakhstan managed to impose the fight against Italy. Italians had a lot of chances to score, but by the middle of second period they were losing 1:2. However, the favorite managed to come back and scored four goals before the final whistle. Gabriele Gori had two goals and an assist.

Portugal got a much easier win over Moldova next Portugal socred three quick goals but then conceded twice from the penaly. After that Portugal was dominating and scored 13 goals in total. Moldova got only one more – 13:3.